A Brief History of the oldest Church in the New Forest 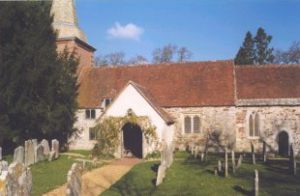 The Roman conquest of Britain in A.D. 43 spread its influence to the Kingdom of Wessex of which this parish was a part. The fall of Rome in A.D. 410 left Britain defenceless against Saxon or Dane, but Roman influence was to return.

Urged by appeals from England, Gregory the Great directed Augustine to Kent where he pursued his mission in A.D. 597. Forty years later the West Saxons (from which the name of Wessex derives) were converted by Birinus who came from Rome.

There followed a company of secular Canons, later Augustinians, who built a Church and dwelling for themselves at Twinham (Christchurch). As priests, physicians, school-teachers, assistance officers and husbandmen they won to the Faith the people of the area; all the Forest, and much more, became their Parish but it was at Brockenhurst that they probably founded their first mission. The Forest was to become the King’s New Forest after the Norman Conquest.

Our next record is the Charter of Baldwin de Redvers c. 1160 preserved in Christchurch Priory. Brockenhurst had become part of the great de Redvers fief, for we read that its “chapelry” was confirmed by Baldwin to the Canons of Holy Trinity, Twinham,  –  “for the service of God and my soul’s salvation.”

The Lord of the Manor was obliged to accommodate the King when he came hunting –  “Litter for the King’s bed and fodder for his horse”. The Manor, being adjacent to the Church, it is certain that the Norman and Angevin Kings, and their entourages, must have worshipped in St. Nicholas.  Brockenhurst was the centre of the Kings’ hunting and its chief importance in those times.

Next we have the “Speculum Prioris” (Cotton M.S. Brit.: Mus: A.D. 1362) a stocktaking of all the Christchurch possessions. It affirms that this Church “To the Church of Christ belongs as to a mother”  (tanguam ad mater).

In 1539, the Priory was dissolved and the community of 58 Canons dispersed. No longer were they to serve this Church. The manor and advowson (the right of presentation to the benefice) fell to John Fitzgerald, Earl of Arundel, and eventually in 1709, was acquired by Edward Morant Esq:, whose successor, Edward Morant Esq:, seventh of his line, holds them today.

The Church is beautifully situated at the top of a hill, a quarter of a mile south-east of the railway crossing on the Lyndhurst – Lymington road.  The mound may be partly artificial, it having been suggested that there may have been a pagan temple on the site; or a Romano-British church.  There can be no doubt that there was a Saxon church here, built for and endowed by the local land-owner, to provide a place of worship for himself and the people on his estate.

The existence of a church at Broceste (which is how the compilers spelled the name of the village) is recorded in Domesday Book. All through the centuries, between then and now, the parishioners have cared for their church, repairing it, adding to it, and altering it, according to the changing taste and needs of the passing years.

On the east side of the central level of the cemetery are the graves of more than a hundred New Zealand, Indian and other soldiers who died in the field hospitals at Brockenhurst during and after the first World War.  By order of the Commonwealth War Graves Commission the original white wooden crosses were replaced in 1924 by engraved head-stones, and the impressive memorial cross was erected in 1927. An annual ANZAC memorial service is held here on the fourth Sunday in April, attended by a representative of the New Zealand High Commission and of the New Zealand Forces. 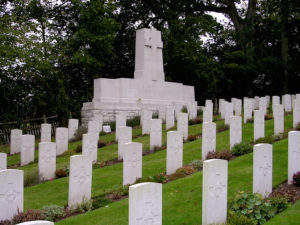 Adjoining the church to the south-west is the Great Yew-Tree. Its girth, which was 15 feet in 1793 and over 18 feet in 1930, is now (at 5 feet from the ground) more than 20 feet. As the trunk is hollow the increase may be partly due to the spreading of the split sides of the trunk. Some of the branches reach out to a distance of 30 feet. The tree is, as Gilbert White wrote of the Selbourne yew, “probably coeval with the church, and therefore may be deemed an antiquity”. Various reasons have been suggested for the planting of yew-trees in church-yards; to screen the church from the violence of the wind; to provide wood for long-bows (but see below); to shelter the assembling congregation; and to serve, by their funereal appearance, as an emblem of mortality.

The Yew was carbon dated in the mid 1980’s and a certificate stating that it is over 1,000 years old will be found on the wall by the font.

“My own belief is that on the whole yews stand about churches because often churches were built on what was sacred ground to the ‘old religion’, and to the old religion the yew was a sacred tree, a symbol of eternity. The Christian religion took over the idea, as it did so many others, and the dark melancholy trees were accepted as suitable around new places of worship, symbols still of death and eternity.

Were bows made from them? From time to time, no doubt: but it is worth noting that when Henry V, before the campaign of 1415, sent Nicholas Frost, his principal bowyer, round England to gather yew wood for bows, he expressly forbade him to take timber from any ecclesiastical land. On the other hand, medieval butts were often close by the church, and many churches bear on their lower stone courses grooves where arrowheads were sharpened and cleaned during practice.”
Longbow,  page 186.